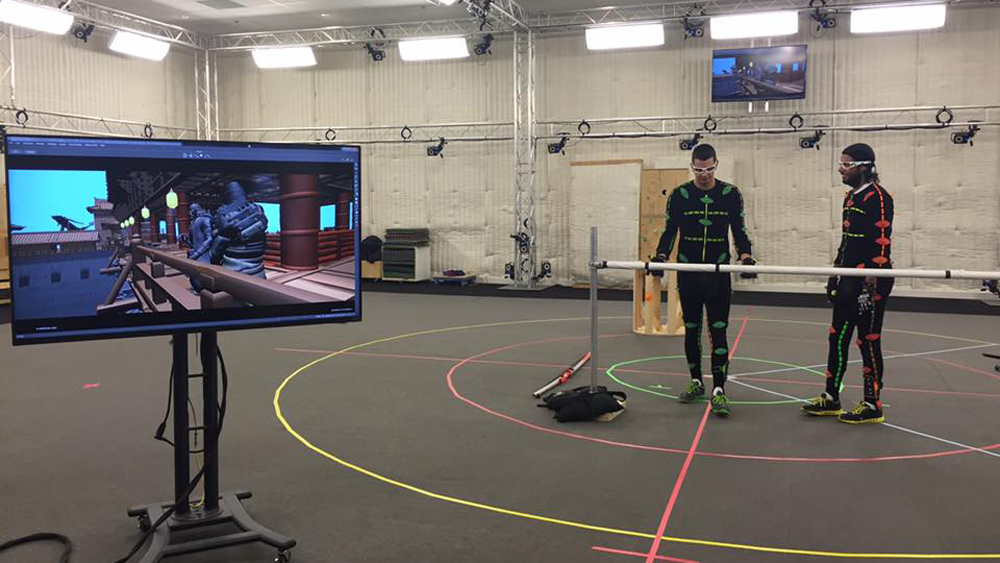 Toronto gamers are about to get a cool look inside one of the biggest video game studios in the city.

Ubisoft Toronto has announced that it will be taking part in Doors Open Toronto — an annual event where ordinary people can get a glimpse inside spaces usually closed off to the public.

“It’s not something that anyone could just go and visit and we think it’s a pretty spectacular facility. We’re really proud of it,” Heather Steele, head of communications for Ubisoft Toronto, explained.

Those who head out to the studio, located in the Junction Triangle neighbourhood, will be able to experience the super awesome performance capture studio – which has helped create iterations of some of Ubisoft’s biggest franchises.

The studio has also been used for creating effects for film and television.

“We’ll be going in-depth on how we do performance capture here at Ubisoft Toronto, what it adds to the games,” Steele said.

“Hopefully everyone will leave with a little bit more knowledge about the performance capture process and how it works for games, film and television.”

The studio has 80 Vicon cameras designed to capture the movements of actors, set props and even animals. It also has a pretty cool photogrammetry set up.

It’s a really cool experience for anyone who loves gaming and technology.

“(The studio) definitely is one of the highlights of a visit to Ubisoft Toronto so I think people are going to leave with some great enthusiasm,” Steele said.

“It’s really important to us to get people excited about the process of making games, not just playing games,”

But if it’s tops on your list of things to see at Doors Open Toronto, you’re going to have to register in advance.

“We’re doing that because we want to make sure that we have nice sized groups in there that are really able to see what we do. We want it to feel very intimate,” Steele explained.

“What you’ll be able to experience is a hands on demonstration, there may even be the opportunity to participate in the demonstration.”