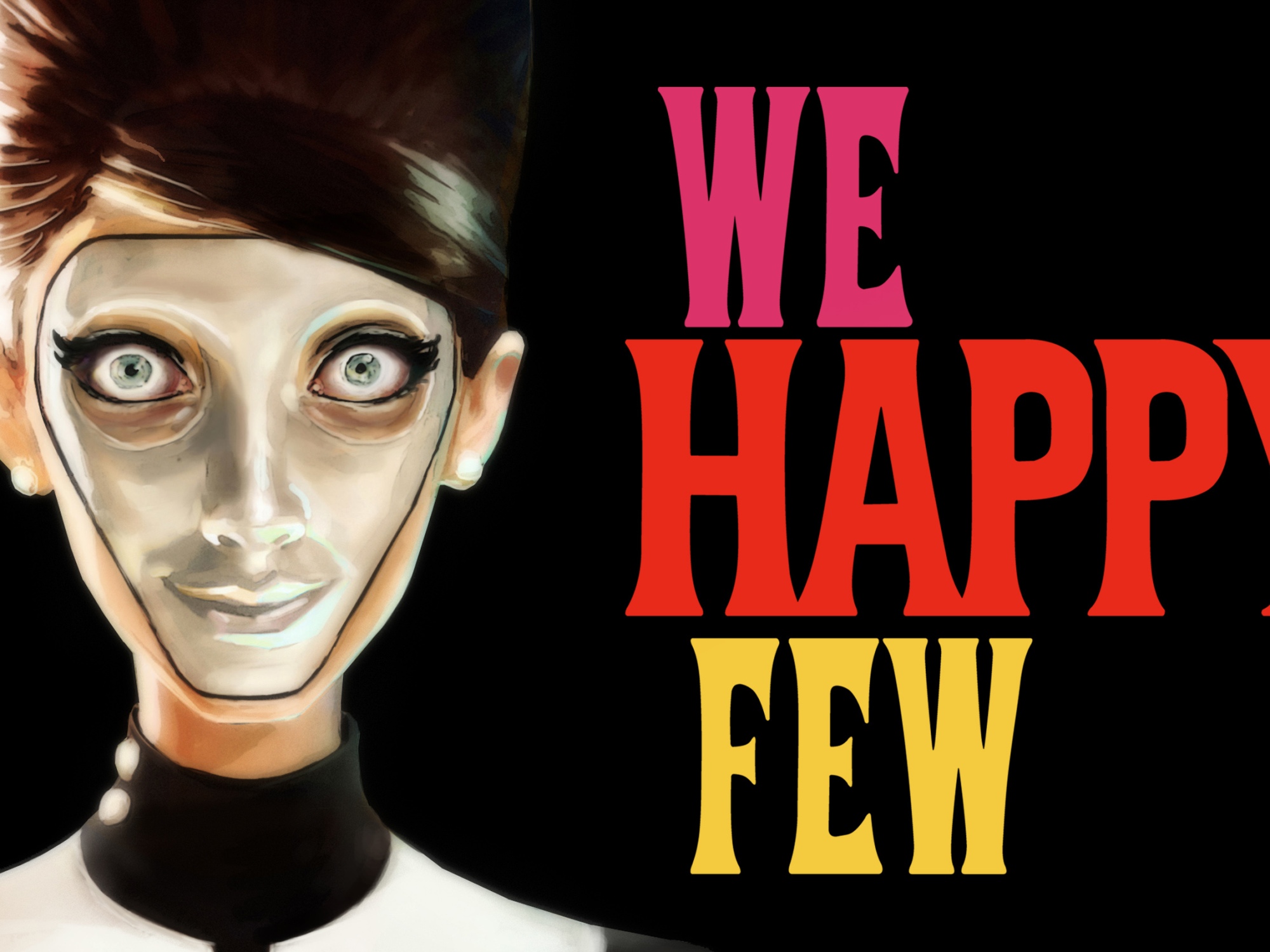 With its ‘Clockwork Orange’ style masked faced characters and bursts of violent imagery, plus its ’60s charm and artwork, We Happy Few was quick to stand out at the 2016 E3 Xbox press conference.

But two years have passed and the game we all saw that day is not the game it is today — but that could be a very good thing.

Speaking with Gaming In The 6ix at E3, Alex Epstein, narrative director of We Happy Few, said the game has undergone a huge evolution since its initial reveal.

“What we revealed was intended to be rogue-like (game) with permadeath where you learned by dying, with a three to four hour playthrough,” he explained.

“Now it is an adventure game with handcrafted encounters, much more mainstream in its gameplay … it’s a much deeper, richer world and a much more realized set of gameplay mechanics.”

But that doesn’t mean the heart of the game has changed.

“Oh yes, people are still taking their joy except if they’re dirty rotten downers,” Epstein said with a laugh.

In We Happy Few, you play as three different characters – Arthur, Sally and Ollie.

“The people that (you’re) playing are not necessarily good people. They are all in a terrible situation,” he said.

With a plot revolving around conformity and determining anything you don’t want to hear as “fake news,” it’s easy to see a comparison between the themes behind We Happy Few and the current political climate in the United States, but Epsiein said that, in no way, influenced the game.

“We had the player characters stories before November 8th, 2016, but what we’re trying to do is, we’re trying to tell a story that is truthful about people and the way we all remember things not necessarily in the way that they happened but in a way that suits us,” he explained.

“We really pursued the stories of the playable characters and of the world according to that. Any resonance are there (is) essentially because we’re talking about something that’s always true of people.”